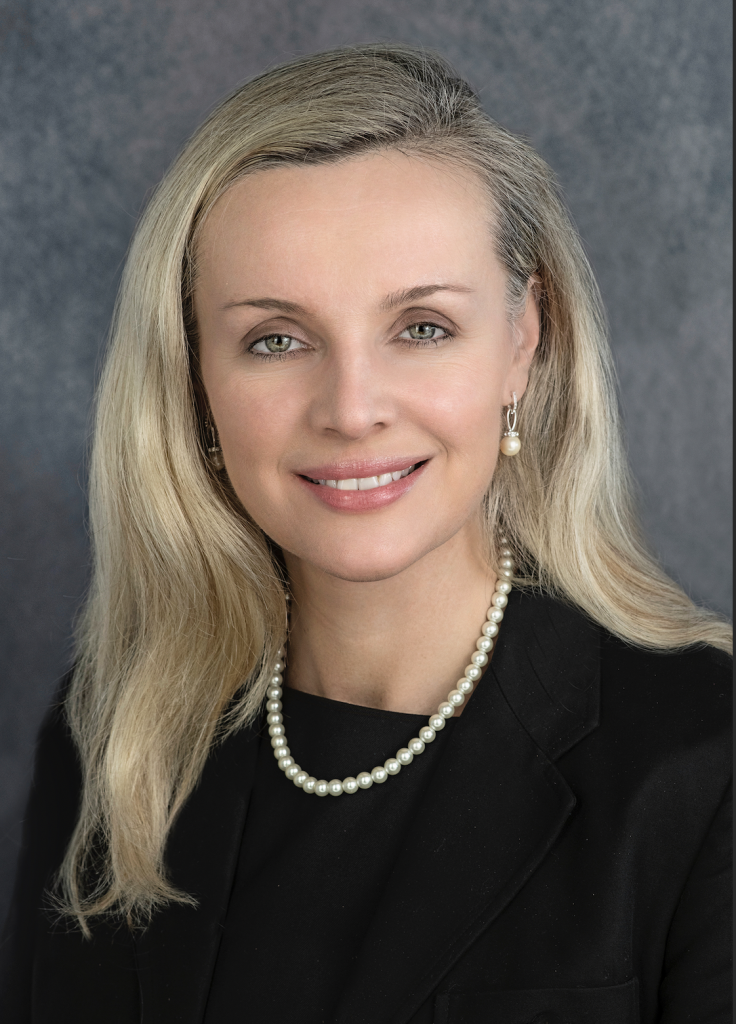 Monika Jablonska holds law degrees from Fordham University (L.L.M in International Business and Trade) in New York and Cardinal Stefan Wyszynski University in Warsaw, Poland. She also holds a Master’s degree in literature having research for her thesis in Rome, Italy. Currently, she is working on her PhD in political science.

Monika has worked for leading law firms in New York, Europe, and South America over course of her carrier where she has focused on international corporate transactions. Monika has considerable experience in organizing foundations and other business entities for U.S. and foreign clients. Given her fluency in several languages, Monika has worked with international clients seeking to invest in the US and Europe.

Monika was also involved in international affairs. In 2012 she helped organize the United Nations Conference on Sustainable Development in Rio de Janeiro (Rio+20) in cooperation with the UN World Food Program and Brazil’s Ministry of the Environment. At that time Monika also launched her own social business to feed poor schoolchildren around the world.

In 2018, while working on a comparative study of John Paul II and President Reagan, Monika was instrumental in organizing the Washington, DC conference, “Ronald Reagan and John Paul II: The Partnership that Changed the World.” An analogous conference was then held in Rome in early 2020 in celebration of John Paul II’s centennial. Subsequently, Monika was featured in a documentary by Robert Orlando titled: The Divine Plan: John Paul II, Ronald Reagan, and the Dramatic End of the Cold War.

In the past decade, Monika received several awards and distinctions for her charitable work, empowerment of women in business as well as promotion of Polish culture in the USA and elsewhere.

Monika is a frequent lecturer on international business law, public affairs, statecraft, and literature in the USA, Europe, and Brazil.

Among her publications are:

Subscribe to our email newsletter to receive relevant updates and information.